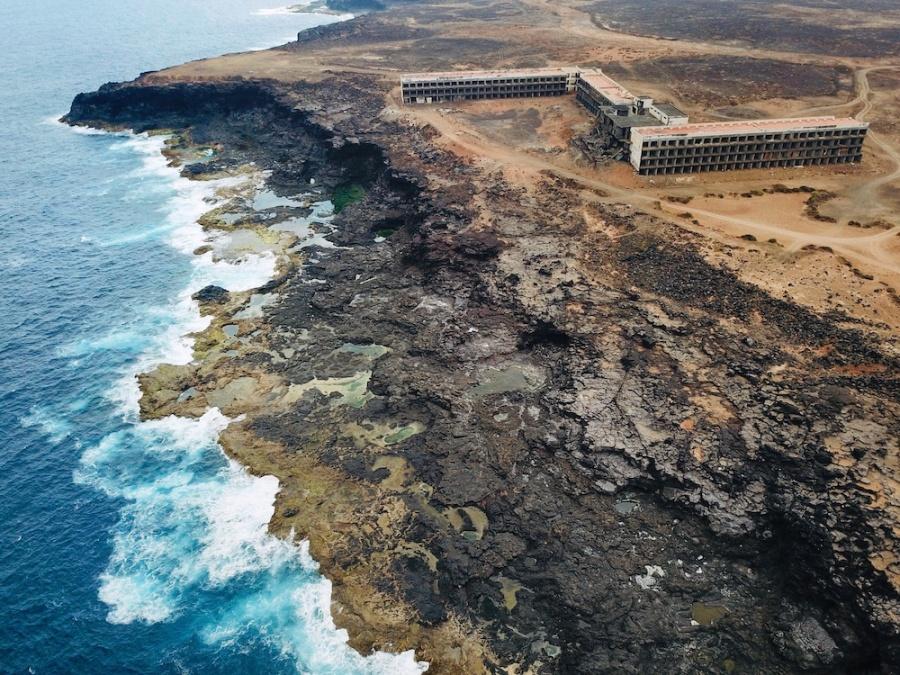 The Abandoned Hotel in Playa Blanca, Lanzarote. A Spooky Adventure for Thrill-Seekers

Are you a fan of abandoned places and all things creepy? If so, you won't want to miss the abandoned hotel in Playa Blanca, Lanzarote! Located on the southern coast of the island, this once-luxurious resort is now a crumbling, overgrown mess - and it's the perfect spot for a spooky adventure.

The History of the Abandoned Hotel in Playa Blanca

No one really knows why the abandoned hotel in Playa Blanca was shut down - and that just adds to the mystery! Some say it was due to financial issues, while others claim there were structural problems or even supernatural activity happening within the walls. But the most likely reason is a combination of both economic and structural issues. The construction of the hotel started in the 1970s, at a time when tourism was just starting to take off on the island. As the industry grew, competition increased and the abandoned hotel couldn't keep up. Plus, in hindsight it wasn't built in the best location.

Okay, now for the fun part - exploring the abandoned hotel! As you walk through the empty rooms and hallways, you'll feel chills running down your spine. And the graffiti and vandalism on the walls only add to the eerie atmosphere. The grand entrance and lobby, with its marble floors and ornate details, give you an idea of what the hotel must have looked like in its heyday. The empty swimming pool, with its cracked tiles and overgrown plants, is a haunting reminder of the past.

But the real highlight of the abandoned hotel is the graffiti and vandalism. Some of the tags and messages are just acts of vandalism, but others tell the stories of the people who have visited the hotel over the years. Some are from tourists who stayed at the hotel before it closed, while others are from more recent visitors drawn to the creepy atmosphere.

The Future of the Abandoned Hotel in Lanzarote

Even though the abandoned hotel has been forgotten for years, there are still plans to restore and revitalize the site. Some proposals include turning it into a cultural center or even a luxury resort once again. But for now, it remains a spooky and mysterious place, perfect for thrill-seekers looking for their next adventure.

Getting to the Abandoned Hotel in Playa Blanca

If you're looking for things to do in Playa Blanca and planning a trip to the abandoned hotel in Playa Blanca, there are a few ways to get there. The easiest way is to rent a car and drive from the capital city of Arrecife, which is about a 30-minute drive away. You can also take a taxi or a local bus, which will drop you off at the main road near the hotel. From there, it's a short walk to the abandoned hotel. Just be aware that the hotel is located in a secluded area, so it's best to visit during the day and with a group. And as always, be respectful of the site and do not vandalize or damage the property.