There so many things to do in Tenerife at Sea, Tenerife is one of the islands lucky enough to be visited by many pilot whales and dolphins. In fact, most boat trips in Tenerife guarantee you will see them. It's not only Tenerife boat trips that are on offer you could also go 30 meters under the water on the Tenerife Submarine with Submarine Safaris. Tenerife Catamaran cruises offer you the chance to relax in luxury and feel the breeze in your hair as they cut and glides through the Atlantic ocean. 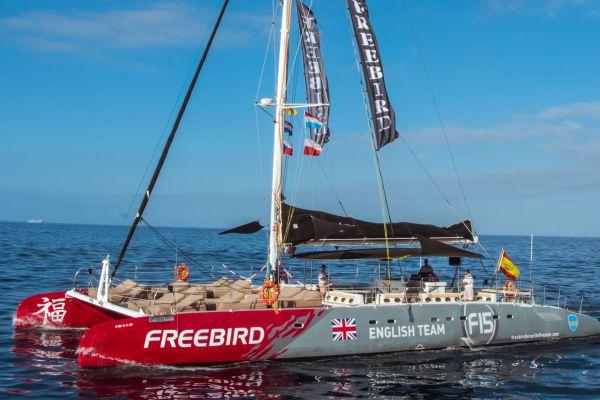 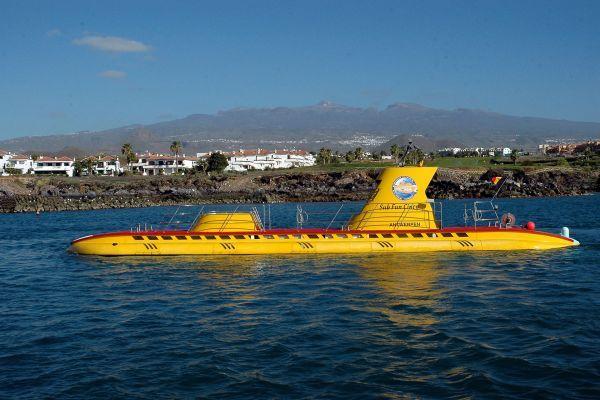 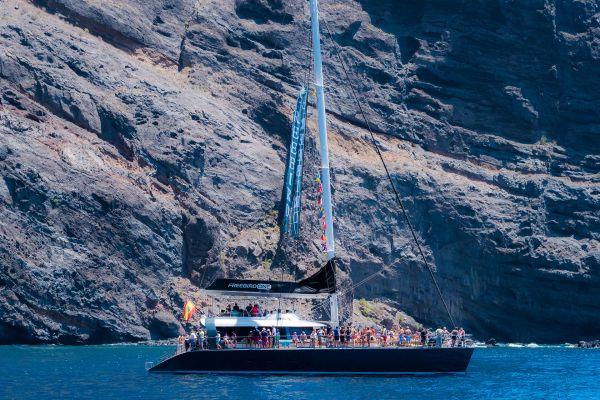 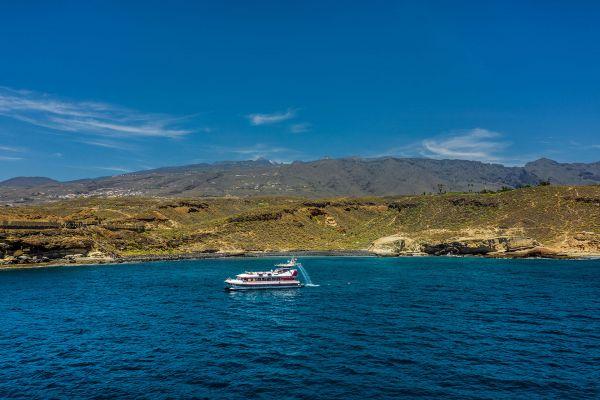 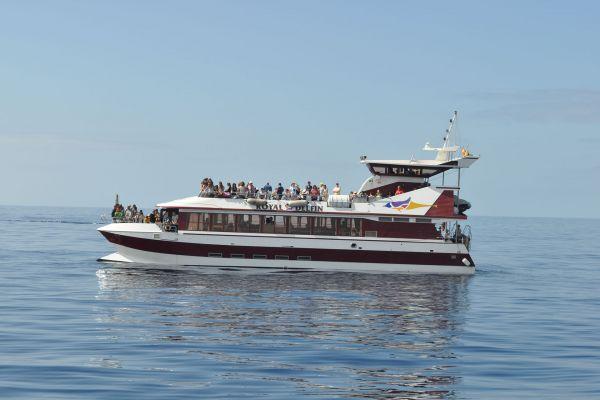 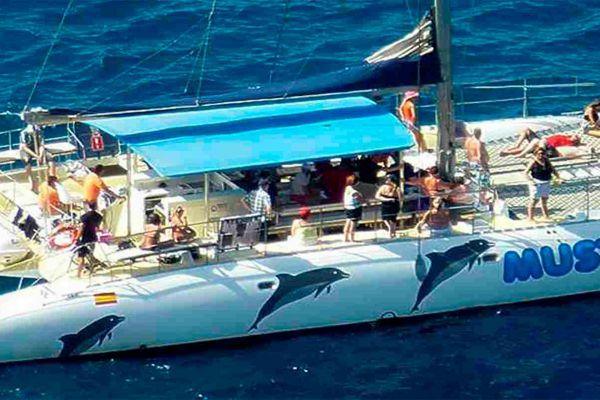 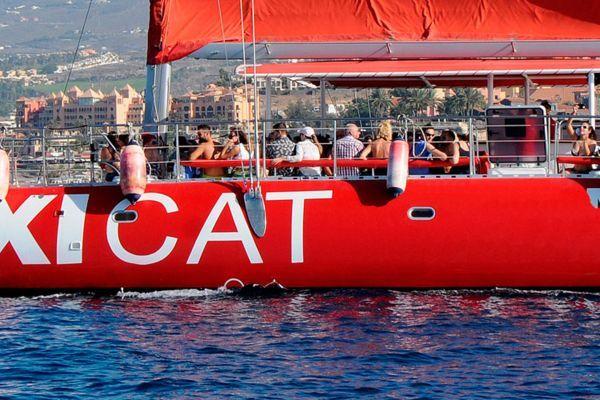 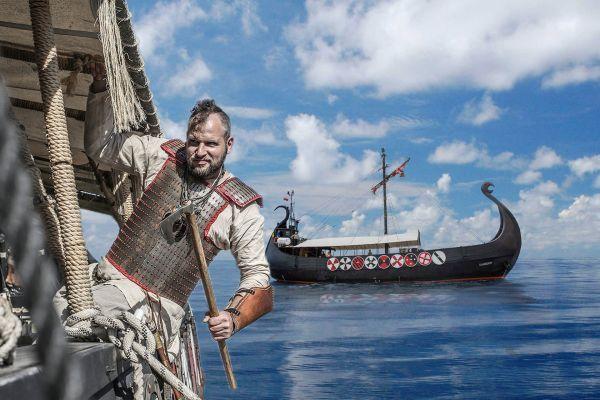 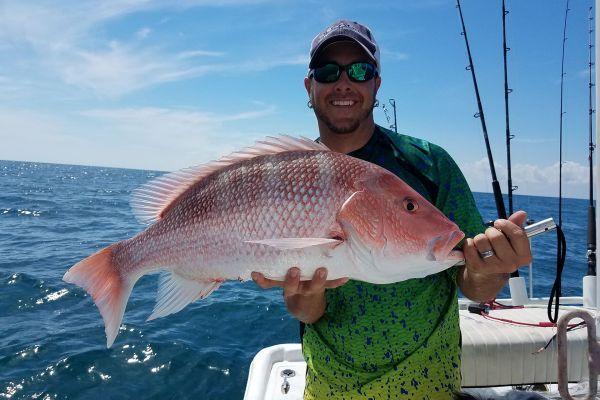 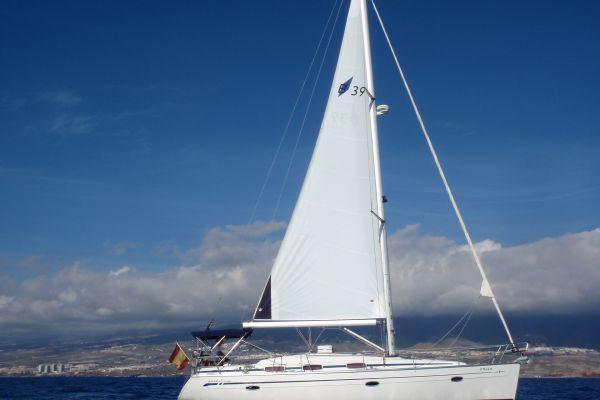 There so many things to do in Tenerife at Sea. Tenerife is one of the islands lucky enough to be visited by pilot whales and dolphins and many of the Tenerife boat trips will spot these magnificent mammals as they play in their natural environment.

This is a must as you are guaranteed to see pilot whales or dolphins on these types of excursions. Royal Delfin is one of the most established Tenerife whale watching excursions on the island and the whole trip is about seeing these wonderful creatures. They depart daily for a 4.5 hour day trip which includes food, drinks and relaxation, giving you the best of both worlds. If you're looking to see the whales and dolphins, then this boat trip in Tenerife is the one for you.

It's not only Tenerife boat trips that are offered for you to explore the ocean. You could also submerge 30 meters underwater on the Tenerife Submarine with Submarine Safaris.  With only 15 commercial submarines in the world, this is a once in a lifetime opportunity that will not disappoint. The marine life you will see below the ocean in this spacious submarine is incredible and it's like being on a plane or a train that can fit two people for every porthole.

If you need to chill out, top up your tan and really switch off, then the catamaran cruises in Tenerife are the best ways to do it. They say you tan three times faster out at sea, so don't forget to take your sun cream! TravelON World offers you the chance to relax in luxury and feel the breeze as you glide through the Atlantic ocean on the many catamaran cruises available.

There are also a number of themed Tenerife boat trips that really are completely different from the normal boat excursions you may be used to. From Vikings and Pirates to historical sailing ships, TravelON World brings you the best boat trips in Tenerife.  With a choice of relaxation for couples and fun for families, we really do have something for everyone.

As Tenerife nightlife is so good and many people flock to the island to party, the first thing on your Tenerife things to do hit list should be the crazy Utopia Tenerife boat party. It's a must -try for anyone in Tenerife who's looking to party through the night.

Booking Tenerife boat trips can be difficult because it's hard to know which one is right for you since are vast options available. The last thing you want to do is waste your time and money, that's why TravelON World has selected the best Tenerife boat trips for all. Remember, there are limited spaces on boats and submarines so booking in advance is a must. Be a clever booker and book in advance today.